In an immaculately conducted award ceremony at the Indian Military Academy (IMA), Dehradun on 09 June 2021, Junior Under Officer (JUO) Kinley Norbu, a Foreign Gentlemen Cadet (FGC) from the Kingdom of Bhutan was awarded the prestigious motivational trophy for his excellent all round performance during his training at the Academy. The FGC was adjudged to receive the prestigious motivational trophy since he had won the Best in Physical Training, Best in Turn out and the Best in Drill awards among the GCs who have successfully completed their training. JUO Kinley Norbu is getting commissioned into the Royal Bhutan Army and is part of 84 FGCs from nine foreign countries who are due to passout after completion of pre-commission training at the IMA on 12 June 2021.

A special award of recognition was also presented to FGC Ehsanullah Saadat, from Afghanistan, on being adjudged for best in service subjects, outdoor exercises and book review amongst FGCs.

The IMA commands great respect across the world armies for its exacting training standards. Every fourth GC in the Academy is from a foreign army. The awards reflects the pride which IMA takes in its assessment and award policy for excelling Gentlemen Cadets (GCs) of passing out course, irrespective of their nationalities. These inspire the GCs to compete and inculcate a spirit of winning. 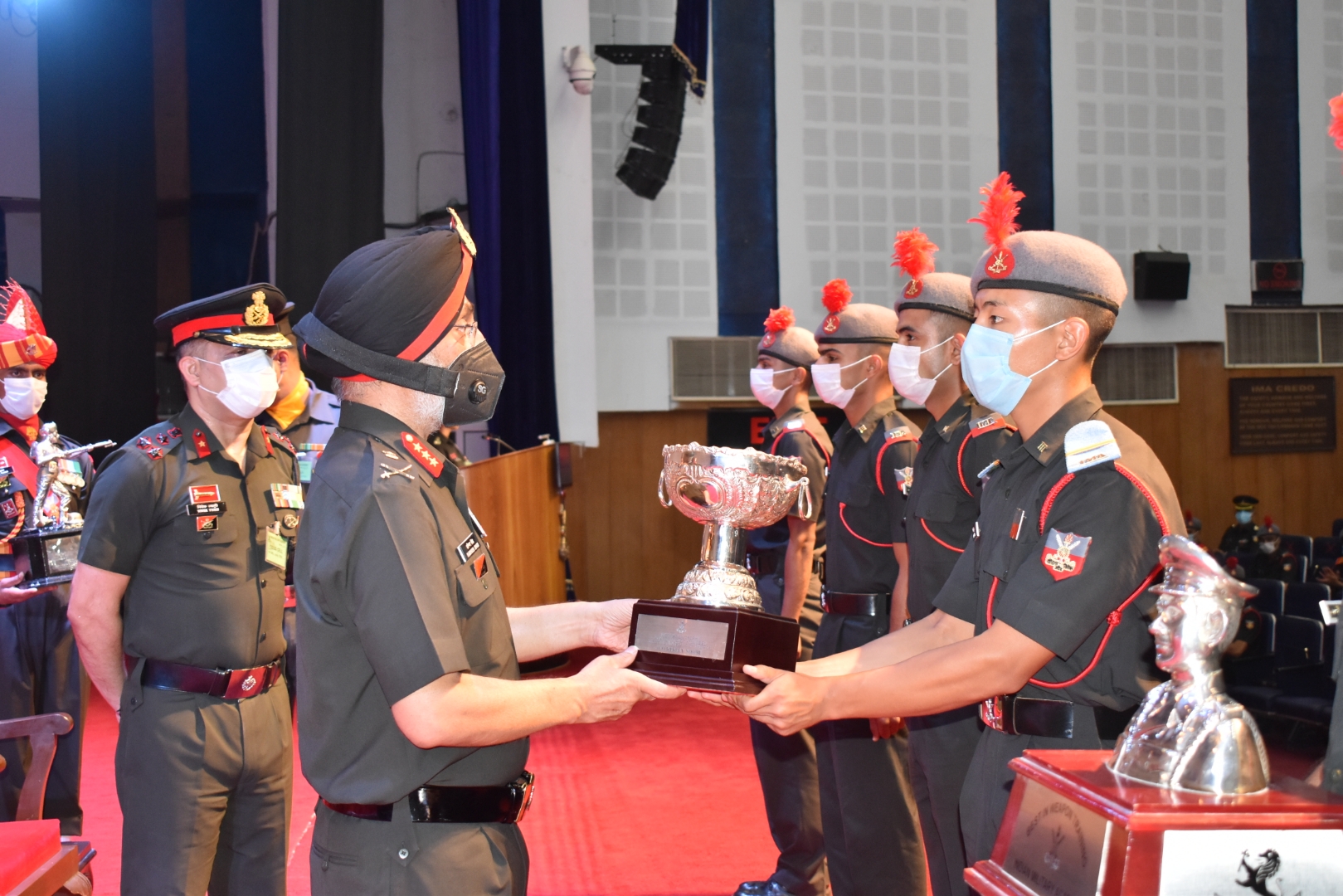